He brings his invaluable career experience of acting for all sides – claimants, defendants, and prosecuting authorities.

Very good strategically and a great advocate.
He has the ear of the court.

He is very good with clients.

His work ethic is impressive and he is
extremely well prepared.

A really intelligent and diligent silk who gains the trust of judges with his thoroughness and commitment to a case. He is an excellent choice for the weightier matter, as he can lead a team and drive a case forward.
Diligent, thorough and stylish, he is ‘a tough prosecutor’.
He is very thorough, really easy to get on with and gives sound advice.
He is very good on strategy and has good judgement.
Has a nice jury manner and judges like him – he is trusted and has the judges ear.

A superb lawyer and a very good advocate. He has quite an acerbic sense of humour but there’s always a twinkle in his eye and juries like him.
Extremely good with clients, very well prepared and someone whose legal knowledge is very impressive.
Absolutely honed as an advocate and incredibly relaxed in his whole demeanour.
A barrister who is lauded for going above and beyond the call of duty to secure great results in financial criminal cases. He acts for both the defence and prosecuting authorities, and has experience of defending insider dealing cases brought by the FCA and tax fraud matters brought by HMRC. Mr Forster is also adept at related confiscation proceedings. He is noted for his effective advocacy and his high levels of client-care.

Tom is extremely bright, hard-working, reliable and great to work with. He is a very careful thinker who knows which way to go.

A driven and committed advocate, who thrives in the pressure of big cases. He is extremely hard working and his case management is second to none.
Incredibly easy-going, with a charming manner that belies a highly academic and tenacious mind.

He has a first-rate brain and a quiet, authoritative manner. Academic yet practical, and extremely straightforward to deal with.

A superb barrister, always responsive, creative and ready to go the extra mile.
Clients respect his no-nonsense attitude and keen intellect, and his advice is second to none.
He is extremely hardworking, unflappable, approachable. 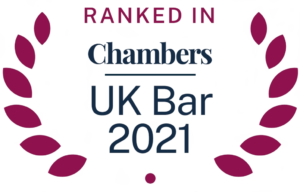 An esteemed business crime silk, Tom is instructed in cases of the most serious and complex Fraud, and related civil, public law, and regulatory work.

He has significant experience of cases involving bribery and corruption, particularly with an International dimension. His first notable instruction in this field was by the SFO as junior counsel in its investigation into BAE Systems which attracted acute media and public interest, both nationally and internationally. Since this point, he has been instructed to defend in some of the most high profile cases in this field. He also advises corporate clients upon self-reporting and corruption responsibilities.

He advises financial services institutions and banks upon their compliance with AML requirements and has led for the Prosecution in cases of serious and complex money laundering with an international dimension. He appears as an advocate in both criminal and civil courts and tribunals.

In 2021 he was appointed to the SFO’s Silk’s Panel of Advocates including its specialist POCA Panel.

Tom has significant experience of cases involving bribery and corruption, particularly with an international dimension. His first notable instruction in this field was by the SFO as junior counsel in its investigation into BAE Systems which attracted acute media/public interest both nationally and internationally. This acted as a springboard to further instructions to defend in such cases. He also advises corporate clients upon self-reporting and corruption responsibilities.

As junior counsel Tom was appointed to the A–G’s Regulatory List and was regularly instructed by both the Environment Agency and Health and Safety Executive in the prosecution of the most serious environmental protection and health and safety offences. He has continued to undertake this complex work in silk for defendants.

He regularly appears at inquests in coroners’ courts, mainly for companies following fatalities in the workplace and defends cases brought by the EA and Food Standards Agency. He has defended civil enforcement measures in both fields.

He also acts for and advises individuals and public authorities, in particular UKAD, in the field of anti-doping in sport.

Tom possesses an enviable depth of experience before various professional disciplinary/fitness to practice tribunals and appears in some of the most high profile cases before the Medical Practitioners Tribunal Service and Bar Tribunals Adjudication Service.

Tom is noted for his adept handling of judicial review work in the criminal justice sphere.

He is regularly instructed as the special advocate in high profile cases in the field of national security. This often involved, in particular, control orders, terrorism prevention and investigation measures, national security deportations and exclusions, deprivations of citizenship, terrorist asset freezing orders and claims for damages in connection with alleged unlawful action by government departments/agencies.

A Perspective from the Court of Appeal Criminal Division (Recording available)

Inquests: A Conversation with the Chief Coroner of England and Wales (Recording available)