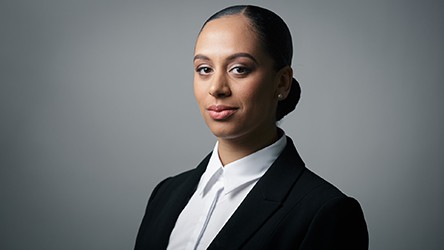 Marilyn provides advice and representation in all areas of criminal and regulatory law. She is a skilled, astute and persuasive advocate, who offers meticulous case preparation, a keen tactical acumen and exceptional client care. She regularly appears in the Crown Court in cases involving complex issues of law and has also appeared in the Court of Appeal.

Marilyn has extensive experience across a wide spectrum of criminal cases. She is instructed in areas that include fraud and financial crime, homicide and serious violence, sexual offences, firearms offences and both the production and supply of drugs.

Marilyn has experience in prosecutions brought by the Financial Conduct Authority, Serious Fraud Office, Trading Standards and Her Majesty’s Revenue and Customs. She has represented clients facing confiscation enforcement proceedings and advised in a range of matters including cash seizure and forfeiture. She can quickly assimilate substantial amounts of material and is skilled at identifying key issues.

Marilyn is regularly instructed in serious and organised crime. She has both acted and advised in high profile and complex trials, including large-scale conspiracies to commit violence, fraud and drug offences. She has an engaging court style and a firm yet steadfast approach.  She is frequently instructed as sole and led junior.

Marilyn is a specialist in cases concerning allegations of serious and violent crime. She has considerable experience in representing young and/or vulnerable clients including those who have mental health or psychological difficulties that may impair their ability to communicate. Notable cases over the last 3 years include:

Marilyn regularly represents clients charged with fraud and proceeds of crime offences. She has provided advice and assistance in preparation and/or anticipation of criminal litigation and is instructed both as led junior and alone. Notable cases over the last 3 years include:

Marilyn is frequently instructed in serious and organised crime both as led junior and alone. She is experienced in representing clients across a range of offences, including those involving large-scale conspiracies with multiple defendants. Notable cases over the last 3 years include:

Marilyn has experience in representing clients charged with allegations of sexual offending. Recent instructions include rape, sexual assault and the possession or production of indecent images. Notable cases over the last 3 years include: