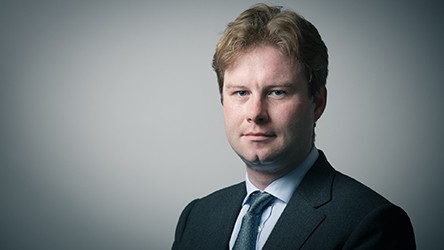 David has been ranked as a leading junior by Legal 500 in the following practice areas:

‘His strengths lie in his keen intellect, attention to detail and clarity of written and oral expression.’ Legal 500 UK (2017)

‘His extensive knowledge of regulatory case law combines with a sharp focus on the relevant issues.’ Legal 500 UK (2018)

David’s practice is focused on companies and individuals facing investigation, enforcement or prosecution for criminal and regulatory wrongdoing.  His expertise covers:

David’s current and recent clients include:

David holds a number of appointments which include:

David has appeared at all levels of court and tribunal in his main practice areas, including before the Lord Chief Justice in the leading Court of Appeal case on discretionary life imprisonment, and in the Divisional Court in a judicial review relating to the enforcement of a confiscation order.

His disciplinary clients include regulators, regulated entities and regulated professionals.  In 2015 David was the first barrister under 10 years’ Call to be appointed to the General Medical Council’s List of Advocates.

David has expertise in the Bribery Act and 20th Century anti-corruption legislation together with related issues of jurisdiction, corporate attribution, compliance, and adequate procedures.

David is instructed on behalf of E Ltd, an international mining company, under investigation by the SFO on suspicion of facilitating multi-billion dollar acquisitions through corrupt payments to government officials. This work has included:

David is also instructed to advise Alstom Network UK, a UK subsidiary of a French company, prosecuted by the SFO on charges of overseas corruption in connection with contracts obtained in overseas jurisdictions connected with national infrastructure and energy projects.

David has appeared at first instance and in the Court of Appeal, both led and alone, in complex fraud and money laundering cases.  Examples include:

In 2014 David was appointed to the Attorney-General’s Regulatory List. David has expertise in health and safety legislation and advises both sides on all aspects of procedure, the instruction of experts, and trial tactics.  David is also regularly instructed in cases prosecuted under the Regulatory Reform (Fire Safety) Order 2005.  Examples include:

David has prosecuted, defended and advised individuals and corporates on offences under the Companies Acts and Insolvency Act. Examples include:

David has always practiced in the criminal courts and has a strong record in jury trials and summary trials across the range of criminal offences, including drugs, firearms, and violence.

David has considerable experience and particular expertise in fitness to practice cases and regularly appears for both sides at proceedings before a number of regulators, including the GMC, GDC, NMC, HCPC and SRA. In 2015 he was the first barrister under 10 years’ call to be appointed to the GMC’s list of advocates.

Management Failures and Findings of Professional Misconduct, The Probe