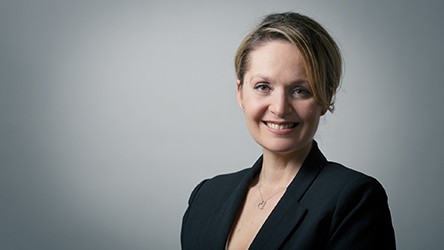 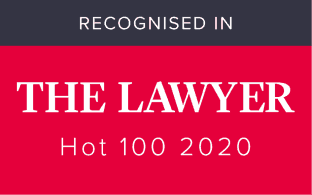 "Her knowledge of the law and the manner in which she analyses and applies it places her quite rightly as one of the leaders of the field in sex cases and human trafficking and modern slavery. She is an outstanding jury advocate."

"She is a wise and experienced advocate respected by all and handles the worst case scenarios in court with a calm and measured approach. "

"Simply outstanding – the lead in human trafficking prosecutions in England and Wales."

Riel is ranked in the Legal 500 in tier 1 for crime, her principal area of practice. She was nominated for “Crime Silk of the year” in 2019 by the Legal 500, and is described in the 2020 Directory as “simply outstanding – the lead in human trafficking prosecutions in England and Wales”.

She is particularly well known for her work in the field of Human Trafficking and Modern Slavery, and she has successfully prosecuted a number of these difficult and high profile trials with what has been described in the directories as “consummate skill”.  She has also advised for the defence, and is a contributing editor to the Modern Slavery sections in both Archbold and Rook and Ward on Sexual Offences.

She has previously been cited in the Directories as “measured, calm and efficient” and “an extremely able and conscientious barrister with a persuasive and likeable style”.

Between 2017 and 2019 Riel was Leading Counsel to the Independent Inquiry into Child Sexual Abuse, leading the investigation into the Roman Catholic Church, and the English Benedictine Congregation.

Before coming to the Bar, she trained and worked as a theatre director, which not only informed her understanding of the psychology of witnesses and defendants, but has also helped to make her an exceptionally jury friendly advocate.

Riel is particularly well known for her expertise in the field of Modern Slavery and Human Trafficking for the purposes of servitude and sexual and work exploitation. She has successfully prosecuted many ground-breaking trials in this complex area of law and fact, and particularly specialises in cases involving vulnerable victims.

Considered a leader in this area of law, Riel regularly speaks on Slavery and Trafficking and was called to give evidence to the Joint Select Parliamentary Committee in respect of her views on the construction and efficacy of the Modern Slavery Act 2015, and also advised on the issue of inclusion of a separate child exploitation offence.

Riel has over 17 years of experience in homicide cases having first come to attention when she was instructed as junior counsel in R v David Mulcahy, the trial of the remaining Railway Rapist and murderer following his convicted accomplice John Duffy’s decision to give evidence against his one-time partner and friend.

Riel has appeared as both leader and junior in many complex murder trials, frequently at the Central Criminal Court. She has significant experience of cold cases, including those arising from enquiries undertaken by the CCRC and of cases where the defence of diminished responsibility is raised.

Riel has been instructed in a number of high profile and multi handed terrorism cases including the trial of the alleged accomplices of the 7/7 bombers, the ‘Preachers of Hate’ trial, and the case of ‘The memory stick man’.

Riel has conducted many serious sexual offences trials including those involving allegations of historic sexual abuse, rape, and cases involving children, both as victims and accused.  She is particularly good with vulnerable victims.

She recently spoke at a symposium with the Norwegian Law Commission on English Criminal Procedure and the Handling of Vulnerable Witnesses. She is a Lead Facilitator and trainer for Vulnerable Witness Advocacy training currently being given to the Bar in relation to how to adduce evidence from vulnerable witnesses, including children and those with learning and other difficulties.

Riel has frequently appeared in the Court of Appeal, and has advised and appeared on behalf of the Attorney General on a number of occasions in respect of unduly lenient sentence Appeals.

Speaker on Slavery and Trafficking at:

Recognised in the Hot 100 list 2020, produced by The Lawyer Magazine.