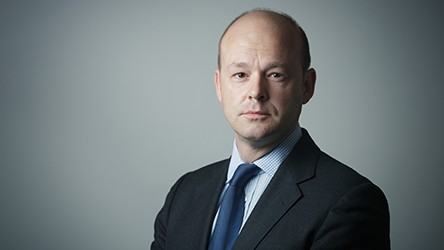 "Strong advocacy and can be given the responsibility of holding the reins in big and difficult cases. Excellent communication skills particularly with instructing solicitors. Huge appetite for work and manages to balance a very large caseload. Just great to work with." - Legal 500 (2021)"

"Very good at managing a complex disclosure exercise in a high-profile case."

Paul has significant experience and expertise in providing advice and advocacy in sensitive and high profile criminal cases. He specialises in serious crime, including sexual offences, fraud and violent crime, including murder. Paul’s practice is equally divided between prosecution and defence work and includes demanding cases of the most seriousness and complexity.

He is often instructed in cases of a grave and serious sexual nature. These include allegations of historic rape and sexual abuse, including violent stranger rape; familial rape; rape of prostitutes and many cases involving children. Paul has the ability to put particularly vulnerable individuals at ease and is able to draw the best evidence from them.

A strong advocate, Paul is a persuasive, calm and efficient.

Paul practices in all areas of crime and has extensive experience in managing complex disclosure issues in large scale, serious and complex crime. Whether defending or prosecuting, Paul’s cases demonstrate a real ability to master vast quantities of information, often under the pressure of time.