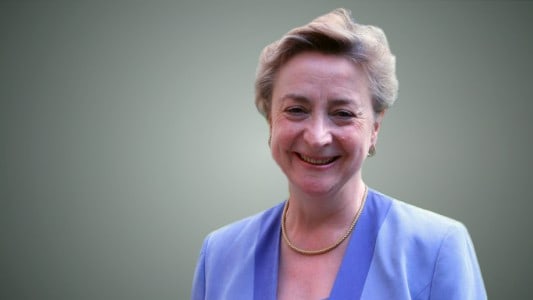 After many years of trial and appellate advocacy experience at the Canadian Bar (Alberta Bar 1983), Laura Hoyano has developed a high-profile academic career at the University of Oxford. She has an international reputation for her academic research in all criminal, civil and human rights aspects of child abuse and child sexual exploitation and trafficking cases, and the handling of vulnerable witnesses. She has lectured on these topics over many years before for the Criminal Bar Association, Judicial Studies Board, Family Justice Council, Old Bailey Mess and Middle Temple, as well as internationally. She is frequently sought as an expert commentator by British and international media. She has carried out research commissioned by the Home Office, Ministry of Justice and the Scottish Government, as well as by foreign inquiries into sexual offences and child abuse. She now practices as a barrister in those fields.

In December 2018 Laura published a high-profile study of the operation of cross-examination of sexual offences complainants on their previous sexual behaviour (under section 41 of the Youth Justice and Criminal Evidence Act 1999) which had been commissioned by the Criminal Bar Association (https://www.criminalbar.com/wp-content/uploads/2018/12/REPORT-FOR-CBA-WEBSITE-FINAL-ERRATA-with-Executive-Summary.pdf ). This was the largest empirical study ever conducted on how controls on cross-examination on sexual history actually operate in practice, including out-of-court discussions and agreements between counsel, and was unique in obtaining the full perspective on section 41 from prosecuting and defence barristers, instead of relying upon what could be observed by researchers in open court.

As a consequence of this study, in May 2019 Laura was invited by the Ministry of Justice and Home Office to serve on the Criminal Justice Board’s end-to-end review of the prosecution of serious sexual offences, where she represents the Criminal Bar Association. The Review (colloquially known as “The Rape Review”) has a high profile in the media. It is examining the causes of the drastic decline in prosecution rates of serious sexual offences compared to a steep incline in complaints. It is expected to report later in 2020.

Her practice at the Canadian Bar was wide-ranging: she handled complex commercial and insurance cases including fraud, tort, contract and compulsory appropriation. She had a substantial trial and appellate practice with many reported judgments.

Her expertise in criminal and civil issues vaulting across juridical boundaries, and across practice and academic research, makes her adept in developing lateral and creative strategies.

Because of her acknowledged expertise Laura is frequently interviewed in the media on child complaint issues. As a result, she is often contacted directly by persons seeking legal advice or representation. Unfortunately, Laura is not permitted to accept instructions or offer legal advice other than through a solicitor: she is not a Direct Access practitioner.  Any enquires should be referred to Chambers clerks.

Laura excels at resolving difficult points of law and in presenting nuanced arguments on evidential and human rights points, and is keen to resume her appellate practice. Until recently she was the Criminal Law Review case commentator concerning vulnerable witnesses and vulnerable defendants, and evidence in sex offence prosecutions. She is the author of the chapter of Blackstone’s Criminal Practice on vulnerable and anonymous witnesses, which has been quoted with approval by the Court of Appeal Criminal Division, and is a contributor to all editions of Achieving Best Evidence in Criminal Proceedings. She has completed vulnerable witness training and can undertake any work requiring sensitive witness handling and the use of special measures.

Her primary areas of interest are child abuse in all forms, especially in an institutional setting, child sexual exploitation, human trafficking, and the trial of sex offences more generally, including of historic complaints.

Other cases were settled before trial, including one on incomplete abortion resulting in a live birth.

Laura is particularly interested in being instructed in end-of-life issues and other applications for directions as to medical care in the Court of Protection.

Because Laura’s expertise extends across interlocking areas in relation to child abuse across public inquiries, criminal prosecutions, tort and human rights litigation and (to a lesser extent) family law, her advice is often sought on the conduct of parallel proceedings. She has considerable experience in the sensitive handling of vulnerable clients and witnesses.

Laura was previously instructed on behalf of Core Participant claimants in several investigations of the Independent Inquiry Into Child Sexual Abuse (2017 and ongoing) appearing as counsel in live-streamed hearings in October 2017, March 2018.

She is interested in inquests, particularly those under ECHR Article 2 rules, as well as public inquiries, especially those into institutional failings and failures of governance.

Laura has delivered numerous lectures and training sessions around the world on all of the subjects within her fields of expertise, to the House of Lords Science and Technology Committee, members of the judiciary, practitioners in a wide range of professions such as forensic medical examiners and psychiatrists, law reform bodies, child advocacy and child protection bodies, and at international academic conferences.

Laura Hoyano & Caroline Keenan, Child Abuse Law and Policy across Boundaries (OUP 2007), updated paperback edition 2010; 2nd full edition by Laura Hoyano alone, forthcoming 2018):Winner of the Inner Temple Book Prize 2008 (a four year award for  outstanding contribution to legal scholarship and public policy): described by the Judging Panel chaired by Lord Woolf as a masterly book on a hugely important subject , and an invaluable source of ideas and law, theory and practice, not only for practitioner and academic but for policy makers and indeed for all concerned with reform and administration of the law.

Principal scholarships and awards include:

Horace Harvey Gold Medal in Law for the highest degree results across the three years of the JD, (Alberta)