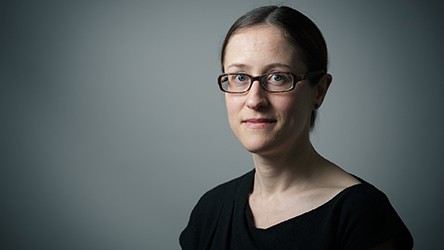 Emma practises in criminal, regulatory and public law. She combines an eye for detail with hard work, seeking always to provide informed but practical advice to her clients, and has a particular interest in cases which straddle the criminal and public law spheres.

Emma began practising in 2005, and for the first 5 years concentrated almost exclusively on criminal work. Those years allowed her to develop into a versatile advocate, with significant experience of prosecuting and defending before the criminal courts at all levels.

In recent years Emma has applied and expanded that experience in the fields of public and regulatory law. In particular Emma’s recent work has focussed on public inquiries, judicial review, medical regulation and related inquest work.  In 2014 Emma was appointed to the Attorney General’s Panel of Counsel (C Panel), allowing her to accept work from all government departments.

Emma also has experience of advising corporate clients on issues of legal privilege as they arise in the criminal process, and acts as independent counsel advising law enforcement bodies in relation to the handling of privileged material seized during investigations.

Emma continues to accept instructions to act in relation to a variety of criminal cases, with particular emphasis on fraud and terrorism.  She is a member of the CPS specialist Counter Terrorism Panel (level 3), and the Serious Crime and Fraud panels (level 2).

Emma’s criminal practice is focussed on the prosecution and defence of serious and complex cases. Her previous experience and attention to detail make her ideally suited to work on high-profile cases involving terrorism, and serious fraud. She is well-versed in all aspects of disclosure.

Emma is an experienced jury advocate in cases involving violent offences. She is adept at questioning and cross-examining difficult witnesses in this context.

Emma’s background in criminal cases combined with extensive experience of more inquisitorial public inquiry work makes her particularly well-suited to appearing before professional disciplinary and regulatory tribunals. She has appeared in cases before the Nursing and Midwifery Council and the General Medical Council. She is familiar with the law and practice of regulatory tribunals and happy to accept instructions from professionals and regulatory bodies alike.

Emma is an accomplished inquiry lawyer. She gained invaluable experience of all aspects of the law and practice of public inquiries during four years as junior counsel to the Al Sweady Inquiry between 2010 and 2014, and has continued to build on that experience with instructions to advise a prominent witness in receipt of a Maxwell letter from the Chilcott inquiry, and more recently as junior counsel to the Undercover Policing Inquiry.

With her extensive understanding of inquisitorial proceedings Emma also welcomes instructions in relation to inquests, and has experience of advising medical professionals designated as interested persons

Since 2014, as a member of the Attorney General’s C Panel, Emma has acted on behalf of the Home Office in relation to claims for judicial review of immigration decisions. Emma has experience both of advising and appearing in claims involving:

Emma has also advised in relation to the issuing of civil penalties to employers found to have employed illegal workers, and has experience of proceedings before the Special Immigration Appeals Commission.