Red Lion Chambers has received an impressive 23 testimonials paying tribute to the Clerks and set in latest Legal 500 overviews.

Amongst the numerous positive reviews received, Chambers were described as:

“A stand out set with a breadth of talent from top to bottom both defending and prosecuting. A go to set whose members are seen in many of the most high profile cases. A leader in the field.”

“Chambers has a fantastic reputation and a significant number of very well respected counsel. It is an immaculately run operation and the barristers and clerks work together extremely well. They are a go to set for heavyweight crime.”

Mark Bennett, Senior Practice Director joined Chambers 36 years ago and is responsible for all aspects of practice management including acting as the first point of enquiry for silk-related work. An influential leader over the past three decades, he has helped grow the set from 26 members to over 106 full-time members today.

In the latest Legal 500 overview he was described as “the best clerk in the country in an understated but authoritative approach. Completely trustworthy and a man of his word. There is no better.”

Nick Parkinson, the Deputy Practice Director recently marked 25 years with Red Lion having joined in 1995. He was described as “excellent and always outstandingly professional... happy to go the extra mile to ensure matters proceed smoothly.” As Deputy Practice Director he has taken primary responsibility for growing the regulatory team after being appointed to his post in 2012. One testimonial noted that speaking to Nick Parkinson was “an absolute pleasure. He is always quick to respond and is clear and transparent in all his dealings.”

The clerks were described as “responsive and knowledgeable” with one testimonial stating: “I have followed their recommendations for counsel and am yet to be disappointed – they have an ability to put the right counsel on the right case.”

The pre-Covid RLC Lecture series (now online as RLC Webinars) which was hosted at Kings College, London received particular praise for being “invaluable to the solicitors’ profession in terms of continued professional development and... very much highly regarded.”

Mark Bennett who has witnessed significant changes at the Bar and worked under seven Heads of Chambers commented:

"I am particularly proud of my team's dynamism and resilience this year and want to thank all those who submitted such positive comments to Legal 500’s set overview. Due to the pandemic, each member of the Clerks room, including our annexe in Chelmsford, have had to adapt at speed in order to maintain and deliver the high levels of excellence and service expected of us.” 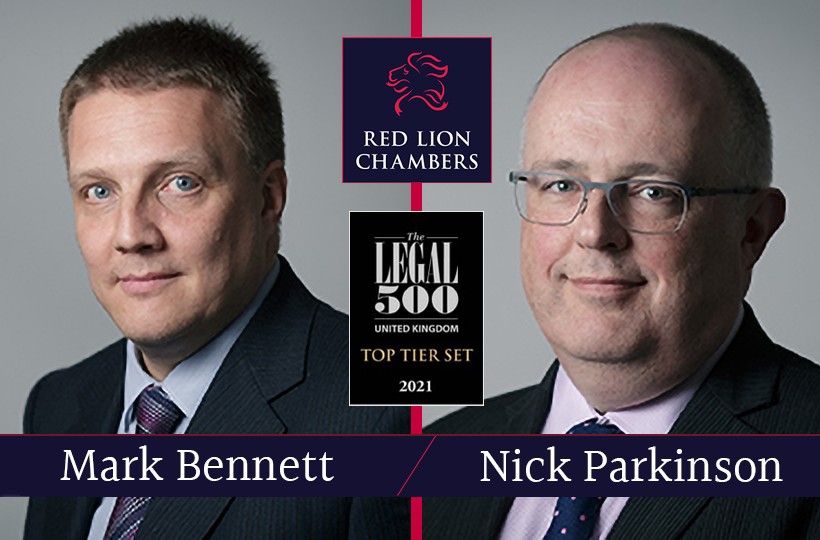