An amendment added to the Health and Care Bill earlier this week [Mon 31 Jan] will make it illegal to perform any procedure that aims to reconstruct the hymen, with or without consent. The Guardian has reported that British healthcare practitioners have been warned that “virginity repair” surgery (otherwise known as hymenoplasty)

“has no place in the medical world”.

Riel Karmy-Jones QC and Alex Benn (Oxford University Law lecturer), both tenants of RLC examined the questions of consent,  and whether the law, criminal or otherwise, should allow anyone to perform or undergo hymen surgery if not a medical necessity for Counsel Magazine in 2021. They considered Richard Holden MP’s proposal to introduce a clause to the Health and Care Bill banning both virginity testing and hymenoplasty, which they concluded lacked clarity, and did not necessarily address hymen surgery, and

“if implemented, could leave doctors or midwives who perform either facing imprisonment."

One concern the authors raised is whether "criminalising the procedures would just drive prospective patients underground", as "Virginity Testing" procedures are often performed on women and girls who have been bought up in misogynistic environments, promoting and valuing a woman's purity and chastity. Many campaigners have stressed this links with parental pressure and forced marriages. Payzee Mahmood, for example, has identified the particular challenges within Iranian and Kurdish communities [Sky News]. Freedom charity founder, Aneeta Prem, has highlighted that there has been

“a rise in calls for help from girls and women from South Asian backgrounds”.

“We are delighted to see that there has been some progress made, and that this serious issue is being addressed. We will be interested to follow how the proposed legislation is ultimately drafted. We hope that any legislation will be clear, but also sensitive to the impact that it may have on certain groups, so as to avoid further discrimination.” 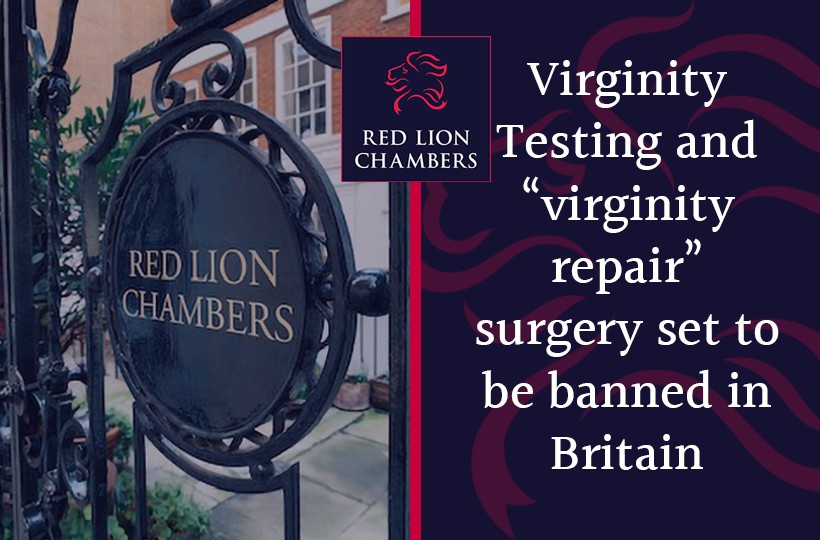