In the play Jodie plays Tessa, a criminal defence barrister whose life is turned upside down after a night out in London.

Part of Jodie's preparation for the play saw her attending the Old Bailey Court No 1 where she observed RLC's Jenni Dempster QC who was instructed as defence counsel in a high-profile cold case murder.

Jenni caught up with Jodie outside the court room to have a chat about her role as a Criminal Silk and Jodie's West End debut playing a criminal barrister.

JD: Jodie, you're a Liverpool-born actress and best known for your role as a serial killer in Killing Eve. You've won an Emmy for Outstanding Lead Actress as well as a BAFTA for the role. Now you're going to hit the stage in the theatre show Prima Facie.

As a barrister, I was delighted to hear that in your upcoming role - starting this week in the West End – you will be playing the part of a criminal barrister.

Now I know very well that you have been doing some serious preparation for the role, because you came along to watch me defending in a murder trial in Court 1 at the Old Bailey.

How did you find the experience of visiting Court - was it as you imagined?

JC: The experience was incredible; it really reminded me how lucky I am within my own job to gain that access. You were all so incredibly welcoming and it is interesting because if someone now asked to come and watch me in the rehearsal room, I would be like no! No you can’t! So the fact that you were so open to us coming to watch you - we felt incredibly lucky. It was so insightful. I think one thing that really struck me as we all do in life, we watch a lot of dramas on the television that are set in Court but, when I walked into the Old Bailey I felt like you could really feel the weight of the responsibility that you guys have in the decision making.

JD: You were able to meet not just barristers, but some of the Judges and Court staff too and really get a feel for the Old Bailey and how it works.

JD: Now some people say – I don’t know if it is true or not – that there is similarity between walking out on stage as an actress and walking into a courtroom to defend or, for that matter, prosecute a case. You’ve kind of done both now – do you feel there are similarities?

JC: I think that is something else that I realised; there is definitely a kind of theatrical element of when I was watching you, when you very much step into the Court you are Jenni, but you almost become someone else entirely. You definitely do step into a role, and I guess there are many reasons for that, one is also for protection. It is so fascinating, and each person plays their role and one thing that strikes me through playing Tessa is that your minds work at such a fast pace and mine doesn’t (laughs) and that is something that I have really been working on when working on the play and playing Tessa is like you guys are often thinking about several different things at once, you are always having to think on your feet; to listen, to react, to maybe change course – you really have to be on the ball and really listen.

JD: That is so true, though some trials are easier than others. In the meantime, how are you finding the wig and gown?! I guess you’re well used to costumes and props and all the rest of it?!

JC: It’s so transformative isn’t it? I actually got my suit fitted – I decided Tessa is a suit lady – and the gown is incredible; quite heavy and always falling off my shoulders.

JD: Yes, I don’t know how hot it gets in the theatre but in Court your wig can get quite scratchy!

JC: Also, my wig was a little bit big so I’ve now had that fixed, which is great because when we were doing a run through with the wigs my wig would sometimes fully turn around! They’re not really designed to be running around a theatre space so now that I have one that fits, it’s all good.

JD: And what have you discovered in the lead up to the play about the Criminal Justice System generally?

JC: To be specific to the play and the story that we are telling, I guess the one thing that really struck me which I wasn’t aware of was the weight of responsibility that is on say a woman in a sexual assault case who has accused someone of rape – a lot of the burden hangs on her shoulders of proving whether he is guilty or not. Also, the notion of legal truth – I was like what do you mean legal truth?! There is truth and then there is not the truth, but the story has to make legal truth.

JD: Yes, the Jury has got to be sure – we used to say ‘satisfied beyond reasonable doubt’ but it’s the same standard.

JC: And also, when I started this process it was four weeks for the play and four weeks rehearsal and I thought god, that’s not long and everyone was like no, that’s a healthy amount of time for rehearsal and then coming to realise that sometimes you guys have very, very little time in order to prepare a case and so you may have to be doing so much work the night before and it’s a lot of work and a lot of responsibility.

JD: There can be a lot of work outside Court hours, no doubt about it! Now, thinking about the character that you’re playing – Tessa - something that always strikes me is the delay from an incident happening say – let’s say a sexual assault – sometimes that might be well over a year, even two, so that sort of enormous delay is something we are all trying to address in various ways, but the courts are just so busy at the moment that it’s difficult. It’s a challenging time to be a criminal barrister, that’s for sure.

And I suppose that leads me to my last question which is - in another life, do you think you might have joined the Bar?

JC: I wish! I wish I was that intelligent! You guys are wickedly smart, and I often think it’s such a skill to be able to, Jenni – when looking at Tessa – I feel like you really do have to split yourself down the middle as a woman you know, when you look at your beliefs as a woman in society and then your beliefs within the Judicial system and the Court system and approach the social justice and I feel like there are a lot of contradictions that I am realising through Tessa and I feel like it’s such a skill to be able to separate that and see it differently.

JD: Well, I’m really looking forward to coming along to see the play.

JC: I hope you enjoy it!

JD: I know I will love it! I just want to say thank you very much for speaking to me, Jodie; I know everyone must say to you “oh you’re so busy and we are grateful to you” but we really are incredibly grateful to you for giving up your time and I wish you all the best from everyone at Red Lion Chambers.

JC: Thank you very much as well for all of your time; I really appreciate it.

JD: It was an absolute pleasure Jodie. Thank you very much. 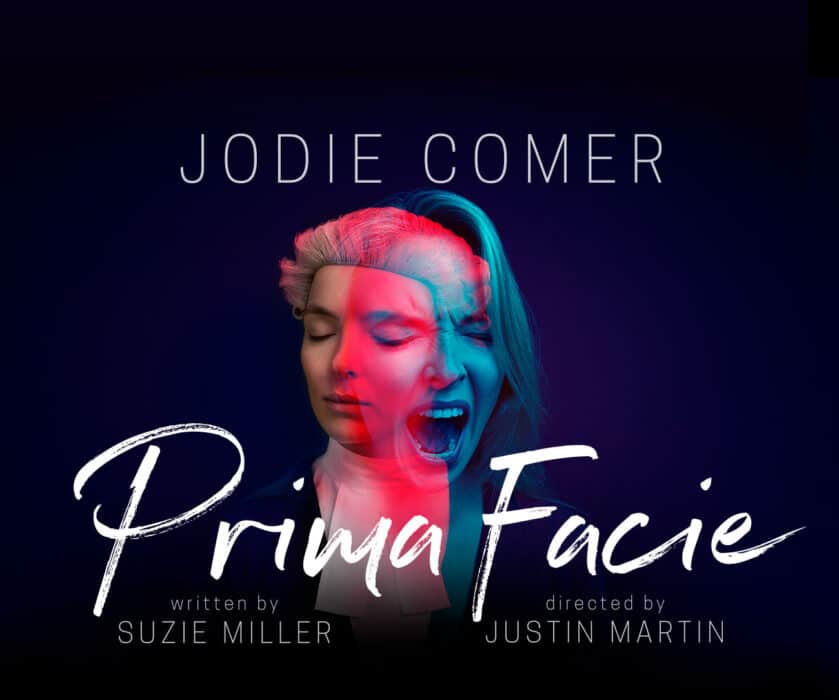 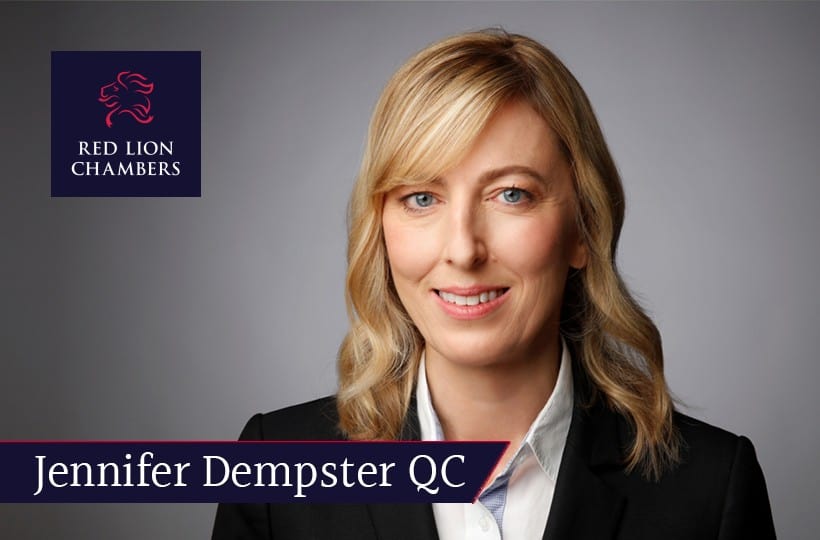