Chambers are delighted to have been shortlisted for “Chambers of the Year” by LexisNexis Legal Awards 2020. The award will be presented to a set of barristers' chambers demonstrating outstanding performance in a particular area of practice in the UK. Winners will be announced on the 11th March at the Sheraton Grand London, Park Lane.

“We are delighted to have been shortlisted for this prestigious award. With our strong focus on client needs and providing the very best service, we have experienced another year of strong growth and success. Our thanks goes to the important contribution of Mark Bennett, our Practice Director, who has led the talented Clerk’s Room with unparalleled experience and expertise.”

Notable appointments include Sara Lawson QC, who was appointed General Counsel to the Serious Fraud Office in May last year. In 2018, former Head of Chambers and Independent Reviewer of Terrorism Legislation Max Hill QC took up the position of Director of Public Prosecutions for the CPS and Professor Ormerod QC (Hon), a door tenant and Law Commissioner for Criminal Law and Evidence, was appointed a Deputy High Court Judge. In 2019, Chambers also saw the appointment of two new Recorders of the Crown Court with one member appointed a Deputy District Judge.

Red Lion Chambers is a leading set in criminal and regulatory law; home to 107 barristers, including 25 Queen’s Counsel and 14 members who sit as a Recorder of the Crown Court. This year two of our members were appointed silk, following on from three members in 2019. In 2018, six of our members took silk, which is a record at the Bar in any set and in any sector of work. We continue to champion Women at the Bar; 35% of our QCs are female, compared with 8% at the Bar. 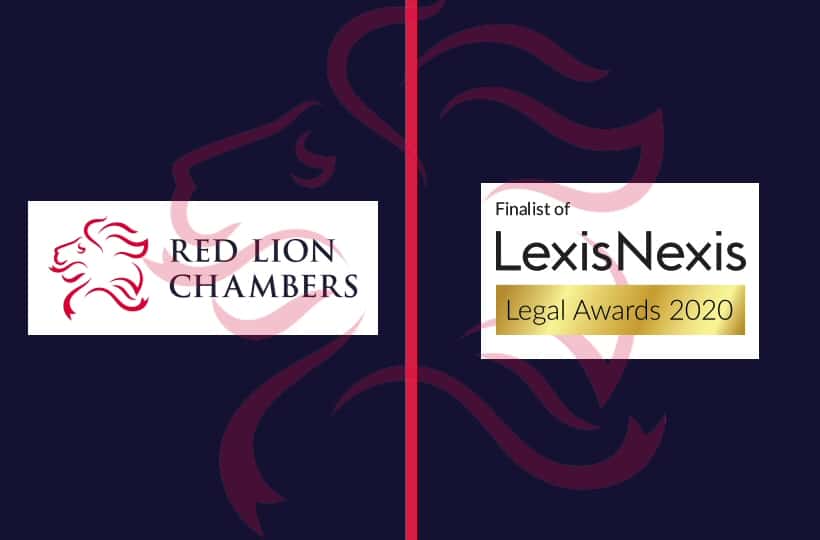