Congratulations to HHJ Noel Lucas QC who was formally appointed 'Honorary Recorder of the London Borough of Haringey’ on 19 July, 2021. He has been ‘Resident Judge’ at Wood Green Crown Court since 2015. In addition to his daily role, he has taken significant steps to develop closer links with the borough, including engaging with local people, businesses and schools to help children and young people connect to the justice system in a meaningful and positive way. In 2019 Wood Green Crown Court held a successful ‘Open Day’ with well over 1600 members of the public attending.

Wood Green Crown Court is a prominent part of Haringey Borough and deals with many high-profile criminal cases, delivering justice in London and beyond as well as handling local cases.

Appointment to the role of Honorary Recorder is made to a serving circuit judge or Recorder after consultation with the Lead Presiding Judge of the Circuit, (Mr Justice Edis as he then was) and the Senior Presiding Judge (Thirlwall LJ). 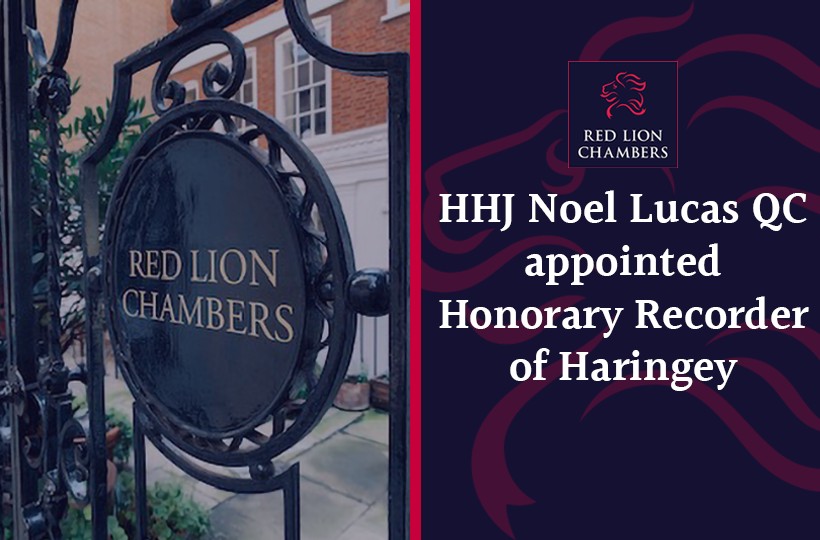