Chambers are delighted to extend congratulations to David Ormerod QC (Hon) who was awarded a CBE in the New Year's Honours list.

After teaching law at various UK universities, RLC door tenant David Ormerod QC (Hon) was called to the Bar in 2002 and continued his work as a university professor part-time.

Specialising in fraud, David has acted for the Serious Fraud Office and the HMRC Prosecution Office in serious fraud cases. He was appointed Queen’s Counsel in 2013 and has been a Master of the Bench at Middle Temple since 2009.

For the last 15 years David has been involved in Judicial College criminal law training and is a co-author of the Crown Court Compendium used by judges every day in the criminal courts.

He has also written or co-authored numerous distinguished journal articles and is the co-author of the leading criminal law textbooks, including notably Blackstone’s Criminal Practice and Smith and Hogan’s Criminal Law. Blackstone’s is now one of two standard texts used in criminal courts following a decision by the judiciary.

He was the Criminal Law Commissioner for England and Wales until his return to UCL in January 2020 and was one of 32 Deputy High Court Judges appointed in September 2018. 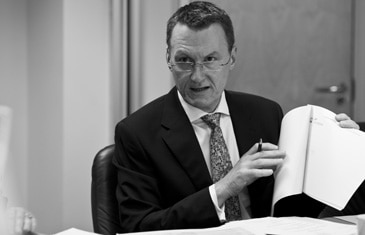