David Etherington QC has been appointed as the new Chancellor for the Diocese of London. He succeeds The Worshipful Nigel Seed QC and will begin in post in February. His appointment was announced by The Bishop of London, The Rt Revd and Rt Hon Dame Sarah Mullally DBE.

The Chancellor acts as the independent judge of the Consistory Court, overseeing legal issues across the Diocese, especially those which relate to the use of and alterations to church buildings and land. David will work closely with the Diocesan Registrar, the Archdeacons and the Diocesan Advisory Committee.

An established criminal and regulatory barrister and ecclesiastical lawyer and judge, David studied Law and Public & Social Administration at Keble College, Oxford. David was called to the Bar in 1979 and has over 40 years experience at the Bar. A former Head of Chambers he is also involved with training in Professional Ethics and Advocacy for the Bar. He has also acted as an adviser to television series and film projects, including for the BBC and Channel 4.

David Etherington QC, Chancellor of the Diocese of London, said:

“I am honoured to have been appointed the Chancellor of the Diocese of London and to have been given the opportunity to take forward my colleague Nigel Seed’s work in looking after the important and historic churches in the capital."

“London’s churches are integral to its great history and to carrying out the mission of the Church at the heart of its communities. Cherishing this history means conserving and improving church buildings to ensure they remain an important part of people’s everyday lives and can be preserved for future generations.”

“London is also my home city, which means I will enjoy regular opportunities to visit the buildings themselves and see their work carried out at first hand, which is tremendously exciting.”

David who worships at St Paul’s, Knightsbridge and the Temple Church will take up the position from the 1st February, 2021. 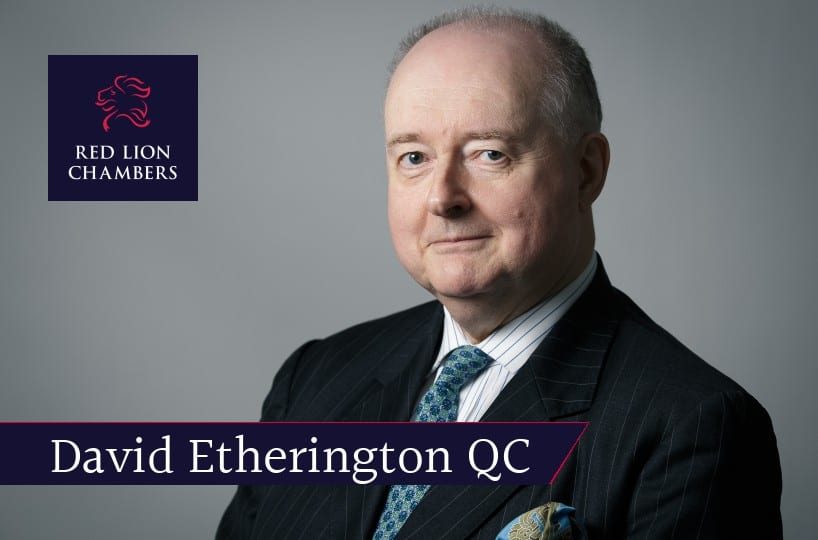