Congratulations to Riel Karmy-Jones QC who has been listed in this year’s Lawyer Hot 100 roll of honour – a celebration of the most distinguished and trailblazing lawyers of the moment. 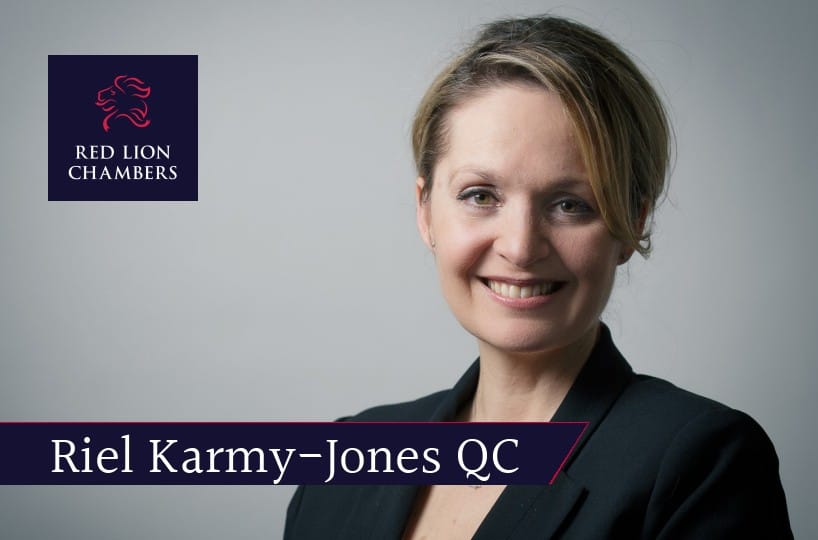 She joins a 2020 honour list which includes well-known names in the profession, experienced figures who have recently come to prominence as well as rising stars of the future.

One of her notable cases from 2017 to 2019 saw her instructed as Lead Counsel to the Independent Inquiry into Child Sexual Abuse, leading the investigation into the Roman Catholic Church, and the English Benedictine Congregation. The Inquiry’s report found a “sadistic and predatory” atmosphere and a culture of cover-up and denial which allowed sexual abusers to commit crimes against children for decades.

Riel was also instructed by Capsticks where she successfully prosecuted Ryan Beckwith, a former partner at Freshfields Bruckhaus Deringer in a ground- breaking case of sexual misconduct.  The incident occurred following an after-work drinks evening in July 2016, after which Beckwith accompanied a highly intoxicated junior associate back to her flat and engaged in sexual activity with her.  Beckwith was found guilty of failing to act with integrity and to behave in a way that maintains the trust the public places in him and the legal profession.

Riel was nominated for “Crime Silk of the year” in 2019 by the Legal 500, and is described in the 2020 Directory as “simply outstanding – the lead in human trafficking prosecutions in England and Wales” and ranked tier 1 for crime, her principal area of practice.

She is also known for her work in the field of slavery and human trafficking, advising upon the legislation and successfully prosecuting a number of these difficult and high profile trials with “consummate skill”.