Having completed their pupillage, Chambers is delighted to congratulate and welcome Sam Smart, Helena Spector and Tom Jones as tenants to Chambers.

"I am absolutely delighted Sam Smart, Helena Spector and Tom Jones have become tenants upon completion of their pupillage at Chambers. Pupils worked full time with our barristers developing their vocational and advocacy skills across a variety of practice areas. All three worked exceptionally hard during their pupillage. The challenges of completing pupillage during the COVID pandemic did not stand in the way of their determination to excel and impress. We are pleased to welcome them as members of Chambers, wishing them a successful career at the Bar."

Prior to coming to the Bar, Sam Smart worked as a paralegal at a top criminal defence firm. He was also involved with several pro bono initiatives, including working in Mississippi assisting on death row appeals and representing claimants at the social security tribunal in the UK. Sam joins Chambers having been previously employed by a FTSE top 10 company, where he worked in the UK, Nigeria, South Africa, Kenya, Ghana, Uganda, Ethiopia, Romania and Mauritius. During his pupillage Sam developed a busy Crown and Magistrates’ Court practice, gaining experience in general crime, both prosecuting and defending. He has also assisted more senior members of Chambers with serious crime and fraud matters.

Before practising at the Bar, Helena Spector worked in the field of asylum and human rights in South Africa and the UK, assisting on cases involving Boko Haram, statelessness and conflict in Sierra Leone. She has worked with the Death Penalty Project on the appeals of death row prisoners in Trinidad and Tobago. While studying for the Bar, Helena worked for a solicitors’ firm dealing with core participants in the Grenfell Inquiry. She has an interest in criminal, regulatory and public law and has experience across a range of offences in the Crown Court and Magistrates’ Court, including sexual and violent offences, offences involving fraud and financial crime, drugs offences and firearms offences.

Tom Jones joins Chambers having qualified as a solicitor in the litigation department of a leading US firm. He has particular experience in white collar crime and financial investigations, having worked in Brussels as well as in-house for the anti-bribery and corruption team of a leading telecommunications company. During his pupillage Tom assisted members of Chambers in serious and complex criminal trials including murder, fraud and sexual offences. He appears regularly in the Crown Court and Magistrates’ Court across a wide range of criminal cases, both prosecuting and defending, while also developing his financial crime practice. 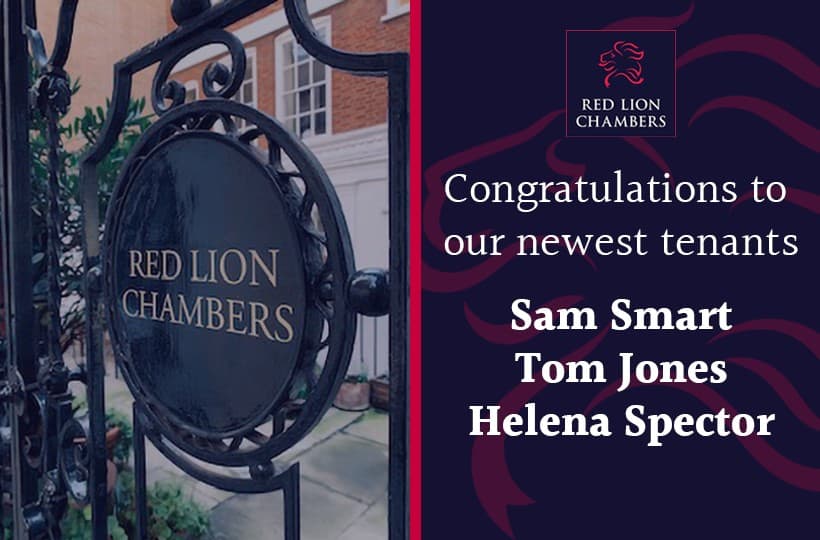