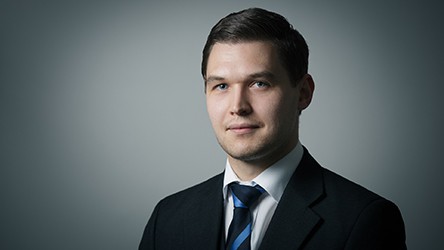 Matthew prosecutes and defends in the Crown Court and has experience of appearing in the High Court. He specialises in criminal law and frequently acts in a range of POCA, civil and regulatory proceedings.

Matthew is often instructed by prosecution agencies such as HMRC, the Environment Agency and local authorities and has successfully represented defendants against a wide range of criminal allegations, including attempted murder.

Before joining Red Lion Chambers in 2015, Matthew worked for a busy criminal law firm and acted for one of the defence teams in the Operation Opaque case (£150 million conspiracy to produce cannabis).

Matthew prosecutes and defends in serious criminal cases, including those involving allegations of conspiracy and violence.

Matthew has experience of defending individuals across the full range of motoring offences. His previous cases include acquittals and successful special reasons/exceptional hardship arguments arising from allegations of driving without insurance, speeding and use of a mobile phone.

Matthew has advised on and appeared in numerous cases involving allegations of fraud and financial crime.

Matthew recently assisted HMRC with a large-scale prosecution of a multi-million pound tax avoidance scheme. Prior to that he worked with the FCA’s enforcement team on a cross-border investigation into alleged breaches of the Money Laundering Regulations 2007.

Matthew represents claimants and defendants in judicial review and other civil proceedings.

His work since joining Red Lion Chambers has included a judicial review of the court and the police for exercising their cash detention powers in breach of Article 3 ECHR. The High Court made a declaration in the applicant’s favour and remitted the case to the magistrates’ court. Following a further contested hearing, the court ordered a substantial release of funds to the applicant.

Matthew has assisted government departments such as the Home Office and the MOD with contested civil matters, including unlawful detention claims and a multi-million pound professional negligence dispute.

Matthew was also involved in the following cases before joining Red Lion Chambers: