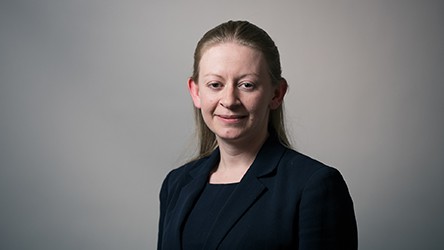 Laura is a robust advocate, whose meticulous approach to preparation allows her to present cases concisely and persuasively.  She has developed a thriving criminal practice, and appears regularly on the South Eastern Circuit.

Laura has a logical approach to factually complex cases, which is of particular value in relation to offences of fraud, drug and people-trafficking.  Meanwhile, her approachable and reassuring manner, have allowed her to develop other areas of her practice, including work involving sexual offences; she is particularly adept at dealing with vulnerable victims and defendants.

Laura has a varied criminal practice, which demands a consistently high level of oral and written advocacy. She is able to assimilate large quantities of information quickly, allowing her to present it in a jury-friendly manner, and to prepare persuasive and detailed legal arguments. She has undertaken and organised specific courses to hone her ability to deal with vulnerable parties, especially in relation to sexual offences.