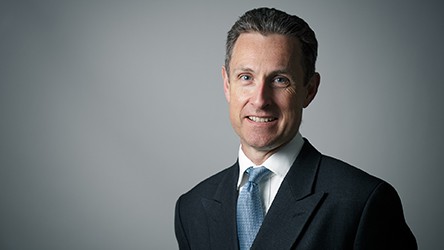 "I am always impressed by the ease with which he handles all comers and obstacles. He is an extremely smooth advocate and his arguments are always well founded and principled."

"He never takes a bad point and when prosecuting you know you have a redoubtable opponent but always principled and fair one."

Ian has built a reputation as a leading junior who both prosecutes and defends in serious criminal trials. In addition to his criminal practice he has considerable experience in regulatory and professional discipline, in particular the field of police misconduct.

He gives clear and concise advice both orally and in writing, including pre-trial representations on behalf of defendants, which have on occasions resulted in the Crown discontinuing proceedings.

Ian has a substantial Crown Court practice covering all major areas of serious crime, including fraud, drugs, homicide, sexual and other violent offences. He is a thorough and effective advocate who engages well with juries.

Ian is frequently instructed to act for police officers facing misconduct proceedings. He has conducted many cases both at the first instance and also in successful appeals to the Police Appeals Tribunal.

In the matter of PC C. (2016) Defence of an officer facing gross misconduct allegation after failing to administer first aid to unresponsive man in street.

In the matter of PC J. (2014)  Instructed to conduct appeal to P.A.T. following dismissal  for gross misconduct for assaulting a member of the public, having been acquitted at the Magistrates Court of same incident. Successfully argued that the misconduct proceedings should not have been brought following the acquittal. Officer reinstated.

University of Birmingham – B.Soc.Sci in Money, Banking and Finance