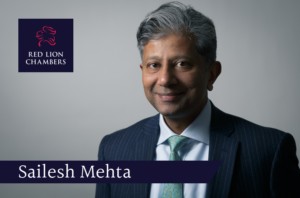 Sailesh Mehta was instructed by the Environment Agency to prosecute Thames Water Utilities Limited for polluting a stream with raw sewage, killing most of the fish in a part of the water.  The company pleaded guilty but contested the extent of its culpability.  The sentencing hearing that spanned a number of days, heard expert evidence from both sides, about the cause of the incident. HHJ Ross QC sitting at Oxford Crown Court, found that there had been a reckless failure by the company to put in place adequate measures to avoid the commission of the offence.  The company was fined £2 million and ordered to pay Prosecution costs of almost £80,000.

Sailesh Mehta’s last Prosecution of Thames Water Utilities Limited resulted in a record fine of £20 million.  In that case, the company had spilled billions of litres of sewage into the Thames River.

Reported in: [The Guardian]  [Independent] [BBC]