Pupil Barrister, Alex Benn, has written for the latest edition of the Criminal Law Review. The piece is entitled, ‘Classism as Hate Crime: Proposing Class as a Protected Ground in Criminal Law’ [2021] 10 Crim LR 809-827.

The academic article explores hate crime laws in England and Wales. In particular, it considers the Law Commission’s recent consultation paper and how the ongoing consultation has ignored the relevance of class to the issue of ‘hate crime’. Alex says:

'Classism is “abiding” because it has existed, in evolving forms, for centuries. From the sumptuary laws of medieval England and the Vagrancy Act 1824 to the recent devastation of policies of austerity, classism is a firmly entrenched phenomenon. Classism is “pervasive” because it affects almost all parts of life, including social relationships, education, employment and the criminal justice system. It is “substantial” because it causes serious stigma, violence, poverty and exclusion to lower-class people. Therefore, a convincing understanding of discrimination—as a distinctive and severe form of systemic disadvantage, the source of the hostile conduct amounting to “hate crime”—should include classism.’ (p. 816)

It also examines whether classism is a form of discrimination and whether an individual’s class status should be added to the list of protected grounds. Issues include the classism within the criminal justice system itself and the danger of an approach that would protect every class group, even though some groups are much more advantaged than others. Alex comments:

‘[C]lass is best understood as a distinctive form of status, based on social, cultural and economic capital. Classism is discrimination relating to that status. Three examples may assist in determining why classism is distinctive: harassment by consistently berating a person as “rough” and “a common Northerner” because they speak with an accent and/or dialect associated with being lower-class; punching a person because they live in council housing; or sexually assaulting a person, having informed others of an intention to target a “chav”. Campbell’s report would struggle to explain the conceptual thread that runs through these examples. To understand each example, we need more than a vague idea of “socio-economic status”. The language of classism—“common”, “chav”, “rough”—is distinctive, not explained by other forms of discrimination, such as misogyny, racism and homophobia.’ (p. 813)

Since 2012, RLC Door Tenant, Professor David Ormerod QC (Hons), has been the General Editor of the Criminal Law Review.

To read the article via WestLaw, please see: [Westlaw.uk]

To purchase a copy of this edition of the journal, please see: [Criminal Law Review] 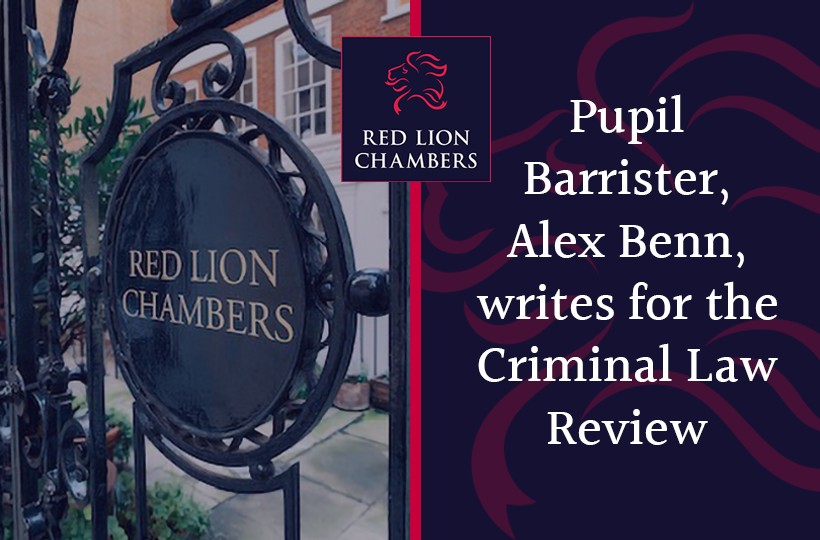