After teaching law at various UK universities, Professor David Ormerod QC (Hon) was called to the Bar in 2002 joining RLC as a member in 2003 whilst continuing his work as a University Professor part-time. Specialising in fraud he was instructed in various SFO and HMRC Prosecution Office fraud cases (both for the defence and the prosecution).

He became a door tenant upon being appointed a Law Commissioner in 2010, a post he held for almost 10 years and was appointed Queen’s Counsel (Honoris Causa) in 2013.

Over the 15 years, David has been involved in Judicial College criminal law training and is a co-author of the Crown Court Compendium used by judges every day in the criminal courts. Described as having "an encyclopaedic knowledge of criminal law, intellectual rigour and practitioner focus" and "universally respected" (Counsel 2017) his observations and analysis are frequently cited with approval in the Court of Appeal Criminal Division and the Supreme Court.

He has also written or co-authored numerous distinguished journal articles and is the co-author of the leading criminal law textbooks, including notably Blackstone’s Criminal Practice and Smith and Hogan’s Criminal Law. Blackstone’s is now one of two standard texts used in criminal courts.

He was appointed Master of the Bench of Middle Temple in 2009, an Honorary Bencher of the Inn of the Court of Northern Ireland (2017) and a CBE in 2021 in recognition of his services to criminal justice.

"David has a long-standing history with Red Lion Chambers and over the last 30 years has been known as one of the most respected legal academics in criminal law and evidence. His work has had a huge influence on practitioners, politicians and policy makers recognised in his appointment as an honorary Silk in 2013, and a CBE last year in recognition of his services to criminal justice. We are delighted and honoured to welcome him back."

“I am thrilled to be back at RLC working with such an array of talented criminal advocates.” 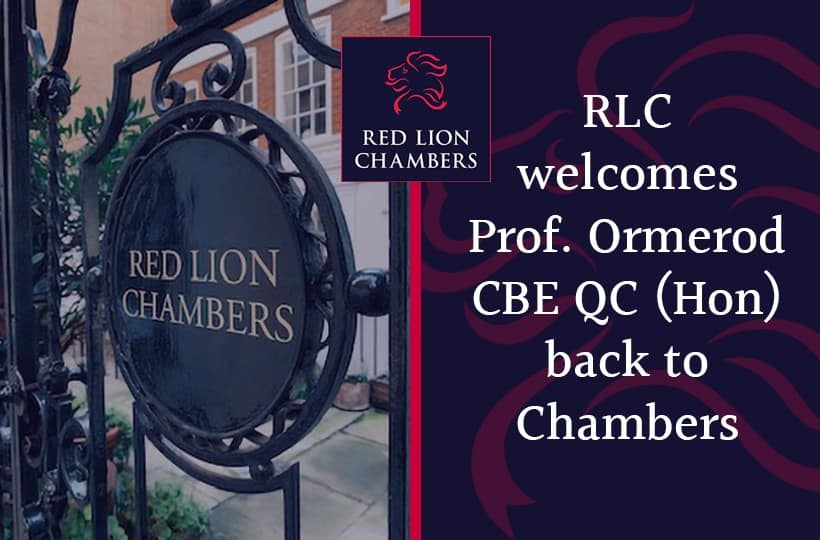