Red Lion Chambers are delighted to have won 'Chambers of the Year' at the British Legal Awards 2019 which took place on Thursday 21st November at the Southbank Centre.

Hosted by Legal Week in association with The City of London Law Society, the ceremony had over 700 lawyers in attendance from across the legal sector. Winners were decided by an independent judging panel made up of general counsel, senior members of the legal community as well as former law firm managing partners. The judging panel was chaired by Edward Sparrow, Chair of the City of London Law Society.

The judges specifically commended Chambers on the international work carried out in The Hague and on the Rohingya crisis. David Young acted for the defence for 7 years before The Special Tribunal for Lebanon in The Hague, concerning the assassination of Prime Minister Hariri. Nina Tavakoli and Chambers' International Team successfully advised the Bangladeshi Non-Governmental Representatives in filing submissions at the ICC on the Rohingya crisis which led to a landmark ruling.

"Red Lion Chambers are delighted to have won 'Chambers of the Year' and come highly commended for the 'Women in Law' Award at the prestigious British Legal Awards. A special mention must go to the International Team for their amazing work this year.

As a Chambers we have always been an inclusive active set committed to ensuring equality of opportunity across the board. We have been leading the way with gender equality, mental health discussions, supporting and nurturing women at the Bar as well as developing outreach projects within communities, schools and universities to encourage more diversity and greater access to the profession. We want to thank the hard work of our Clerks headed up by Practice Director Mark Bennett and all our members, solicitors and colleagues for their dedicated support"

Gillian Jones QC, Joint Head of Chambers was highly commended for the 'Women In Law' Award. She is cited as a Leading Silk in 2020 in financial crime, business and regulatory crime, global investigations, as well as General Crime by Chambers UK, Legal 500 and Who’s Who Legal. The first female Head of Red Lion Chambers' she is also the youngest in its 75 year history. She says:

"I am delighted to have been highly commended for the 'Women In Law' award in such an esteemed category of women and peers.  As we celebrate the centenary of 100 years of women being allowed to practice law I want to recognise not only my achievements and success in the profession but highlight all women across the sector who have overcome challenges to be working in law today." 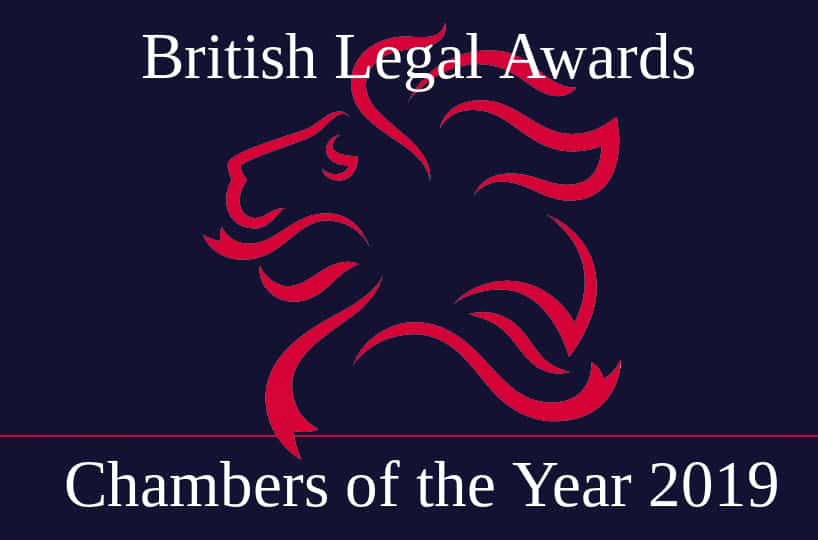