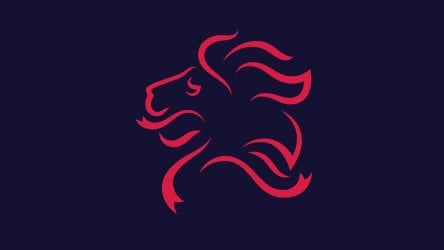 Described in Counsel (April 2017) towards the end of his tenure as Criminal Law Commissioner for England and Wales as universally respected and having an encyclopaedic knowledge of criminal law, intellectual rigour and practitioner focus. His observations and analysis are frequently cited with approval in the Court of Appeal Criminal Division and the Supreme Court.

David Ormerod was called to the Bar in 2002 (Middle Temple). He became a member of Red Lion Chambers in 2003. He was instructed in various SFO and HMRC Prosecution Office fraud cases (both for the defence and the prosecution) including a junior defence brief in the Court of Appeal in the Pharmaceuticals case concerning cartels and conspiracy to defraud. He became a Door Tenant when he was appointed a Law Commissioner in 2010, a post he held for almost 10 years and was appointed Queen’s Counsel (Honoris Causa) in 2013. He re-joined Chambers in 2022.

David is currently a Deputy High Court Judge, a Professor of Criminal Justice, Director of the Criminal Law Centre and joint Director of the Judicial Institute at UCL as well as a long standing lecturer on criminal law at the Judicial College. He was responsible in 2010 with Lord Justice Pitchford for redrafting the Specimen Directions to be used by Crown Court judges in directing juries and continues to be one of the editors of the Judicial College’s Crown Court Compendium. Since 2008 he has co-authored a monthly newsletter for all judges sitting in the criminal courts in England and Wales.

David has been the editor of Smith and Hogan’s Criminal Law since 2002, editor in chief of Blackstone’s Criminal Practice since 2008, general editor of the Criminal Law Review since 2012, co-author of Ormerod and Montgomery on Fraud, co- author of Smith’s Law of Theft, a contributor and Consultant Editor to Halsbury’s Laws of England Criminal Law and Criminal Procedure and Evidence and a prolific contributor to journals and a lecturer in the UK and abroad. He chaired a sub-committee of the Leveson Review of Efficiency in Criminal Justice (2015) and appeared before Parliamentary Committees on Law Reform (2017); Legislative Standards (2017); House of Lords Science and Technology Committee on Forensic Science (2018); Special Public Bill Committee on Sentencing (2019). His work at the Law Commission included reports on Expert Evidence in Criminal Proceedings (2011); Contempt of Court (2012-2013); Hate crimes (2014); Kidnapping and related offences (2014); Offences against the Person (2015); Firearms Law (2015); Unfitness to Plead (2016); the Sentencing Code (2018) and Anti-Money Laundering: the SARS regime (2019).

He was appointed Master of the Bench of Middle Temple in 2009, an Honorary Bencher of the Inn of the Court of Northern Ireland (2017) and a CBE in 2021 in recognition of his services to criminal justice.

Since 1996, hundreds of commentaries on developments in criminal procedure, evidence and substantive law as well as editorial comments on topical criminal justice issues in the monthly Criminal Law Review.